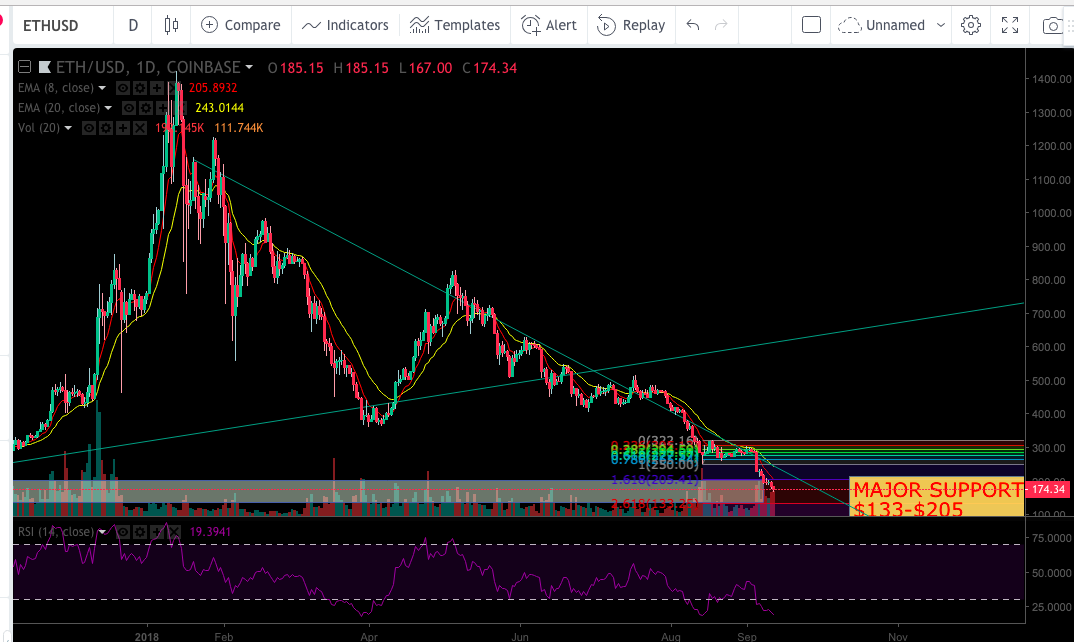 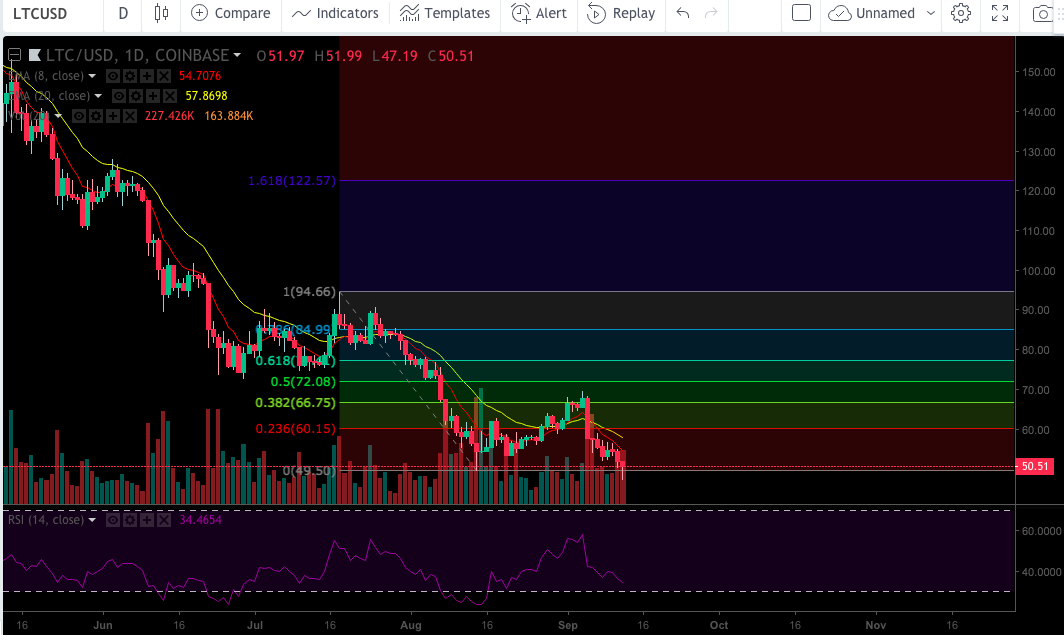 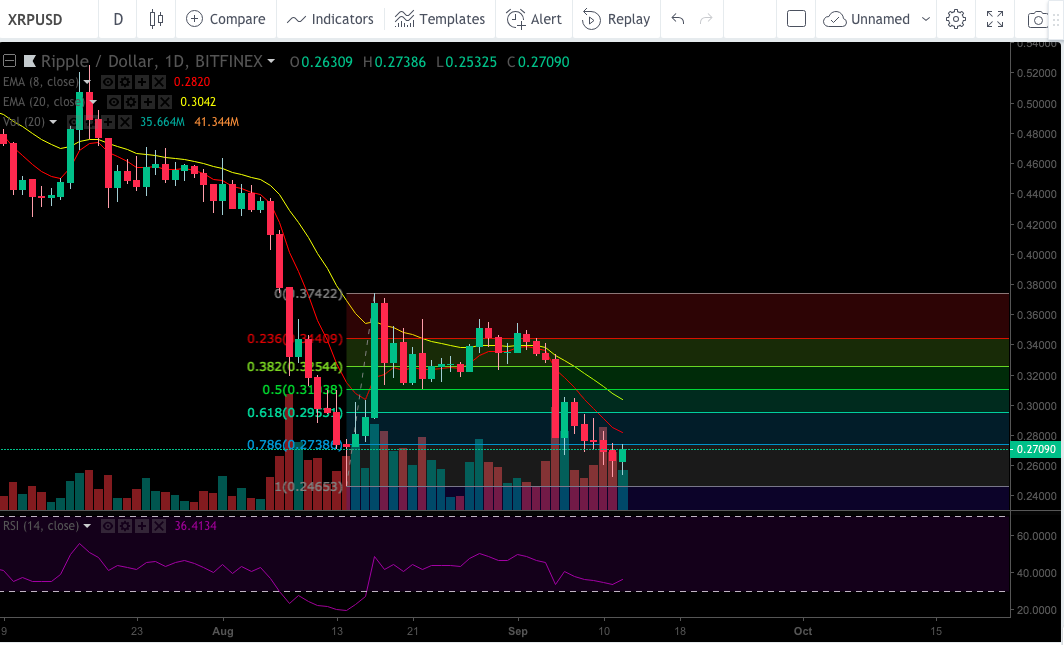 Ripple is currently trading at $.27 It is facing resistance at the 78.6% Fibonacci level but is actually performing better than the rest of 3 coins here. It is trying to establish support at $.25 with a mid-term support of $.24. Long-term support is about $.20 in which XRP has not touched since December 2017. RSI is not oversold right now, hovering right above the 30 mark. MACD, however, is still trending downwards so this XRP should still be moving down. It still has not passed the 8-day EMA yet as well. Short-term resistance is $.27, mid-term resistance is $.29 and long-term resistance is $.32.

Since last week’s report here, the total cryptocurrency market has dropped 21%. In that time, poor reporting by the media on a fake Goldman Sachs news stories about halting their trading desk catapulted this huge drop. But that being said, other developments such as Bitcoin Tracker One and Ether Tracker One were suspended by the SEC due to ambiguity over its regulation and naming convention. This exchange traded note was supposed to be a quasi ETF that was traded in Nasdaq Stockholm. But then, this news about its suspension was compounded onto the already uncertainty of the market which caused another drop Saturday. The good news however is that the 5th seat that was filled for SEC commissioners was with Elad Roisman. He is pro small business and fintech friendly, but most importantly crypto friendly. His main stance is that he believes in the prowess of the retail investor and wants to equal the playing field. For examples, ICOs were a great way for regular investors to experience the same benefits of being an accredited investor without all the regulatory red tape. Yes, there are ramifications for less regulation, but the point is that this new SEC commissioner understand where the cryptocurrency community is coming from. So while the current market is trading bearishly, there are still some things in the fundamentals department to look forward to in the long-run.