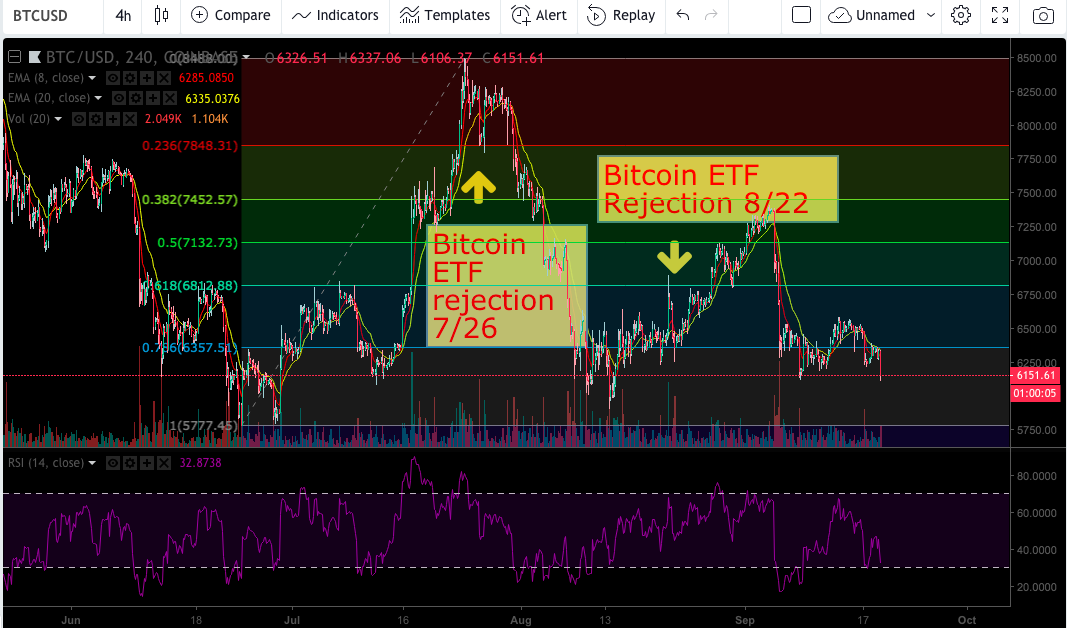 Looking at the 4 hour charts we can see that Bitcoin has lost support at the 78.6% Fibonacci level from an upward trend that began on June 24th. As the Bitcoin ETF decision dates for 5 Bitcoin ETF’s will be decided on or before September 21st the stagnation of Bitcoin’s price movement until after this decision will be reflecting this. The 8-period EMA has just crossed under the 20-period EMA on the 4 hour charts as well signaling momentum is on the bears side. Current price is $6150 at time of writing with short-term resistance $6818, mid-term resistance $7500, and long-term resistance at $8500. Short-term support is $6000, mid-term support is $5750, long-term support is $5000. 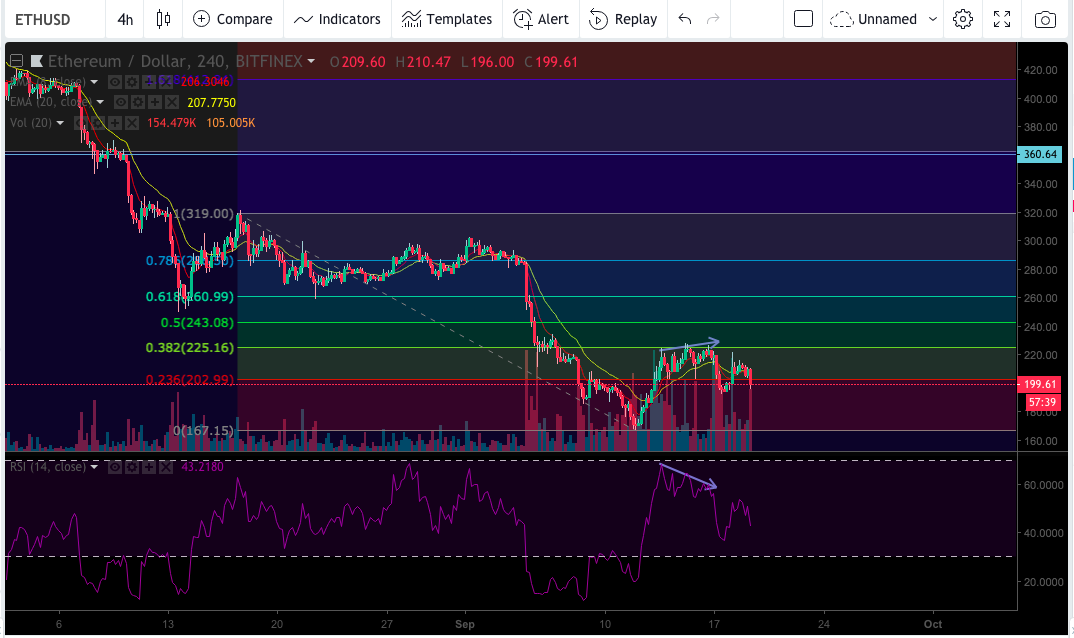 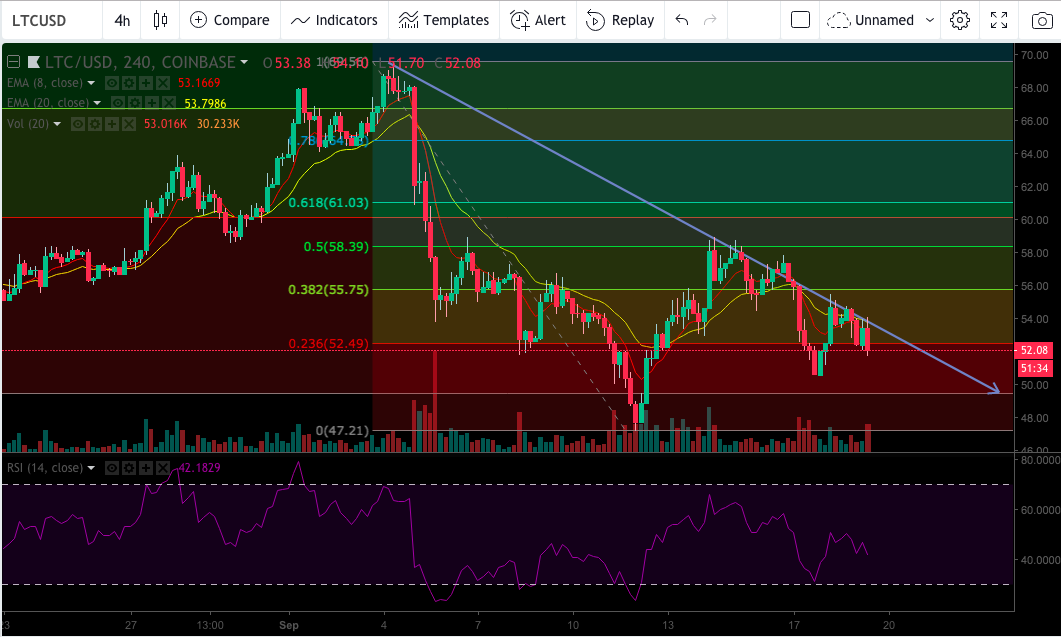 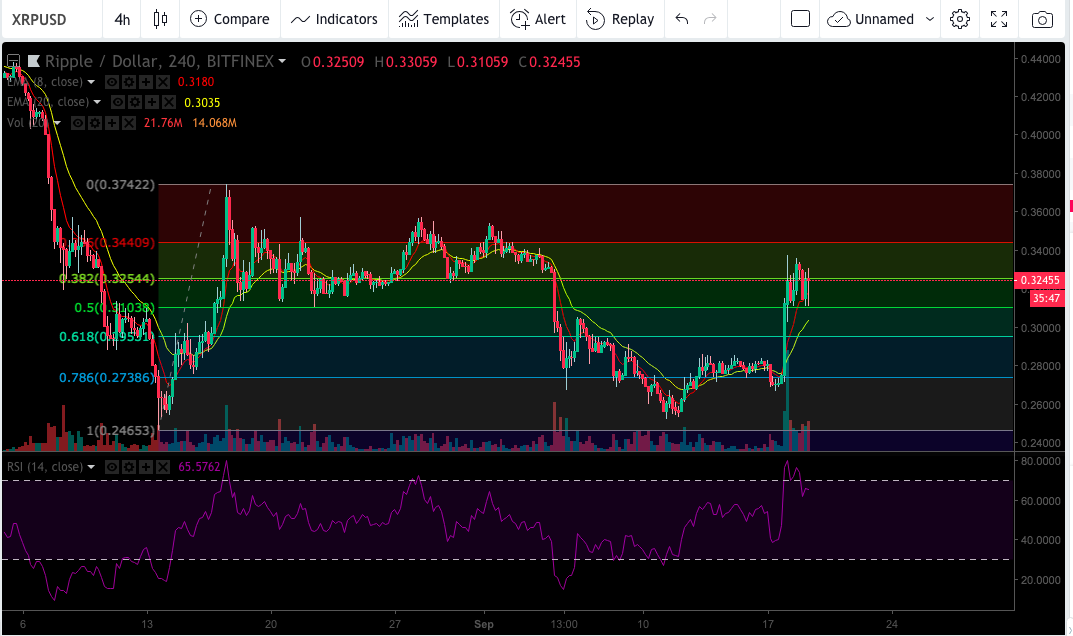 Ripple has experienced a huge rise in the past 3 days moving up 27%. This was most likely due to news from a soon-to-launch xRapid and settlement of a lawsuit with R3 Consortium has finally concluded. Because the price traded above the 38.2% Fibonacci line, XRP is trying to regain bullish sentiment. Short-term resistance is at $0.32, mid-term resistance is $0.34, and long-term resistance is $0.37. Short-term support is $0.31, mid-term support is $0.29 and long-term support is at $0.24 according to my Fibonacci levels. There is also bearish divergence as well since the price made a higher high but a lower high on the RSI. Volume is still good but the price may be unsustainable in the short-term and is looking for a retracement.