[Preston coin headlines] Why should we be careful about today's market movement?

Today, the total cryptocurrency market cap is hovering around $200 billion. Yesterday, we were at $190 billion so this is a nice increase. Total trading volume is currently at $13.6 billion which is improving but not quite where I would find it sufficient enough to call this trend valid. Bitcoin’s market dominance is decreasing at a substantial rate form 58% yesterday to 55.6% today. 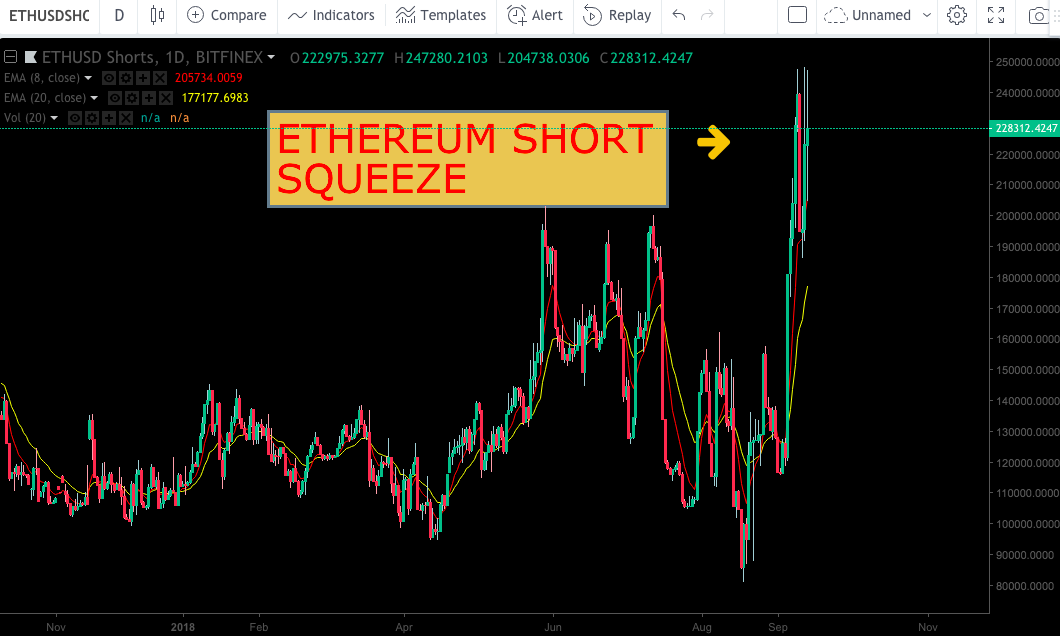 Yesterday when I spoke about Ethereum and said that even the price was at $180 that there is still much hope. I was referring to a bounce back in the near future but I had not expected it to be hours after I had written that piece. Ethereum has shot up almost 30% in the past 2 days. However, most of the trade volume for Ethereum is being done on BitForex so that worries me a little bit. I had highlighted some of the problems that Ethereum is facing right now but those problems aren’t solved yet the prices keep going up. I am not convinced that this price action is valid just yet. Also, the amounts of Ethereum short positions were at an all-time high, so a bounce was imminent regardless. As volatile as it is, we still haven’t tested the $133 range as I’ve mentioned earlier which is a good sign, but even more suspicious is how quickly the price went up.

News has been pretty optimistic these past few days to quell investors’ fears and there actually has been some good developments. Today, Morgan Stanley is getting ready to host a Bitcoin derivatives program that is used with price return swaps. If you’ve been following the Bitcoin community, there is an extremely large market for futures trading in cryptocurrencies. BitMex is known to even provide 100x leverage and has made its way to becoming one of the most popular exchanges in the world for this. Not only that, but this news will allow for more institutional investor money. While everyone is waiting for a Bitcoin ETF decision, there have been other quiet more just as significant movements in the undercurrent that most people are not paying as much attention to. This is one of them.

Allianz’s chief economist Mohamed Aly El-Erian has come out and said that Bitcoin is a buy and should bottom out at $5000. He has predicted the stock market crash and the crash of Bitcoin even when Bitcoin was at $4000, went up to $20,00 and has fallen back down to the $6500 range so his input should be respected at the very least. At this point I will have to agree with him except my range is $6000. Newer investors should realize that exponential gains may be a lot more difficult now that cryptocurrencies have gained widespread exposure albeit not adoption. This is why we should temper our expectations at this point and this point was put very well by Vitalik Buterin.

Vitalik has come out and said that the days of the “1000x” are over but has been met with confrontation from CP Zhao, the founder of Binance. CP Zhao does believe that the crypto market will blossom to 1000x and more but I find this statement extremely irresponsible and emotionally driven. Vitalik’s point is that all the amount of money in the world is only ~$70 trillion so 1000x from here would mean:

which makes absolutely no sense. If that same amount of purchasing power were to be available with the same amount of people on earth, we would suffer death blowing inflation rates. Although there were no given timeframes for this debate, that essentially means the world’s population would have to triple as well for cryptocurrencies to take over 100% of the world’s payment system. My point is simple, we have to temper our expectations at this point and realize that even though we will not go 1000x like many coins have in the past already, that there is still lots of money to be made and that cryptocurrencies/blockchain technology is not going anywhere. 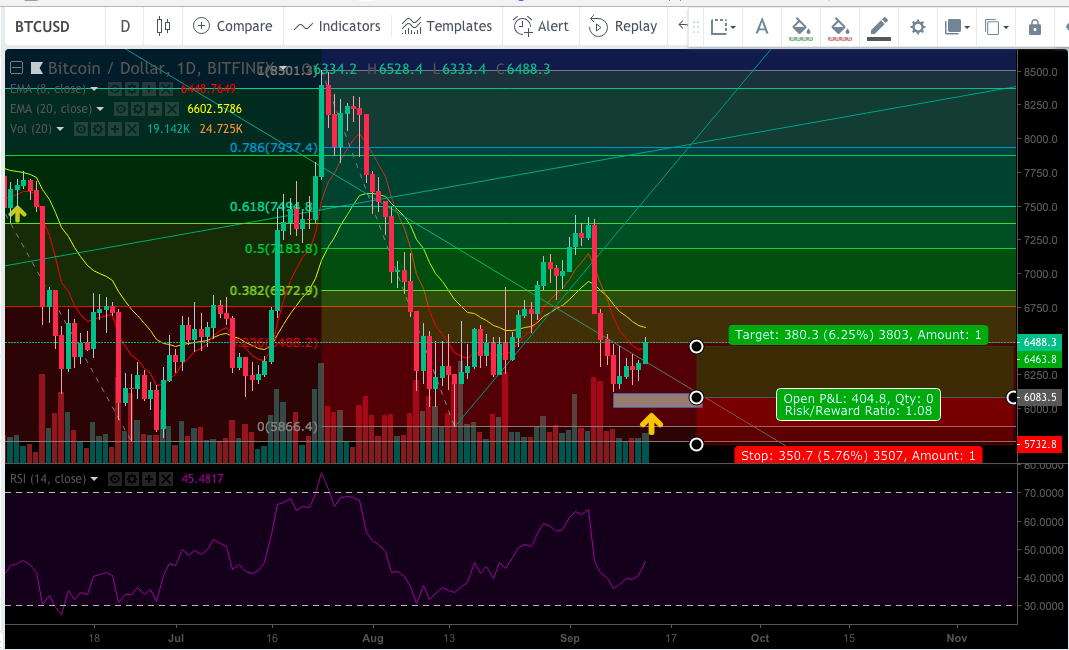 At time of writing, Bitcoin is trading at $6488 which is a great improvement from hitting a low of $6119 just 5 days ago. My original prediction could still be in play. I was almost correct exactly, when I had said a buy range is between $6000-$6100. I had missed this mark by only $19. My price target to sell was $6450 and my stop loss was $5700. That was a 6.25% profit. Today’s movement upwards was pretty significant though because Bitcoin had broken above its long-term downward trendline. RSI is looking bullish right now and the amounts of short positions are still about 40% more than the long positions. This indicates that there can be a sharp price increase for Bitcoin still ahead. I would not buy right now at $6488 but wait for the next retracement. Once the 8-day EMA crosses over the 20-day EMA we can get a better ready, but right now Bitcoin is trying to find support here at $6500.

Currently Ethereum is trading at $210 and has moved an insane amount, rising 29% in just two days. It has officially exited the oversold territory and is trying to make a break up into bullish territory. It has been 8 days since a daily candle has closed above its 8-day EMA so this is a huge first step for Ethereum to become bullish. I would not buy right now as I’m not too sure why this price action had started in the first place. This is very suspicious movement right now so be cautious. Just yesterday, the last candle that closed was at $182 so because there isn’t really any news that has propped this price, I would stay away for the short-term for now. We are still below our long-term downward trendline, so any play here could carry significant risk.